Memorial Day was declared a national holiday through an act of Congress in 1971, and its roots date back to the Civil War era, according to the U.S. Department of Veterans’ Affairs.

1. “Our nation owes a debt to its fallen heroes that we can never fully repay.”- Barack Obama

2. “As we express our gratitude, we must never forget that the highest appreciation is not to utter the words, but to live by them.” – John F. Kennedy

3. “Heroism is not only in the man, but in the occasion.”- Calvin Coolidge

4. “Never throughout history has a man who lived a life of ease left a name worth remembering.”- Theodore Roosevelt

5. “Those who have long enjoyed such privileges as we enjoy forget in time that men have died to win them.”- Franklin D. Roosevelt

6. “No man is entitled to the blessings of freedom unless he be vigilant in its preservation.”- General Douglas MacArthur

7. “Freedom makes a huge requirement of every human being. With freedom comes responsibility.”- Eleanor Roosevelt

8. “A hero is someone who has given his or her life to something bigger than oneself.”- Joseph Campbell

9. “Never was so much owed by so many few.”- Winston Churchill

10. “The patriot’s blood is the seed of freedom’s tree.” -Thomas Campbell

12. “To those in uniform serving today and to those who have served in the past, we honor you today and every day.”- Unknown

13. “It doesn’t take a hero to order men into battle. It takes a hero to be one of those men who goes into battle.”- Norman Schwarzkopf

14.”The brave die never, though they sleep in dust, their courage nerves a thousand living men.”- Minot J. Savage

16. “No duty is more urgent than that of returning thanks.”- James Allen

17. “Veterans are a symbol of what makes our nation great, and we must never forget all they have done to ensure our freedom.”- Rodney Frelinghuysen

18. “Our flag does not fly because the wind moves it. It flies with the last breath of each soldier who died protecting it.”- Unknown

19. “It is foolish and wrong to mourn the men who died. Rather we should thank God such men lived.”- George S. Patton

20. “The legacy of heroes is the memory of a great name and the inheritance of a great example.”- Benjamin Disraeli

1. “For love of country they accepted death, and thus resolved all doubts, and made immortal their patriotism and their virtue.”- James A. Garfield

22. “Who kept the faith and fought the fight; The glory theirs, the duty ours.”- Wallace Bruce

23. “This nation will remain the land of the free only so long as it is the home of the brave.”- Elmer Davis

24. “Ceremonies are important. But our gratitude has to be more than visits to the troops, and once-a-year Memorial Day ceremonies. We honor the dead best by treating the living well.”- Jennifer M. Granholm 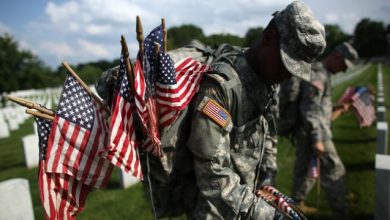 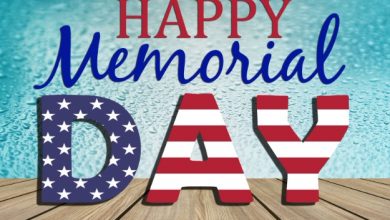 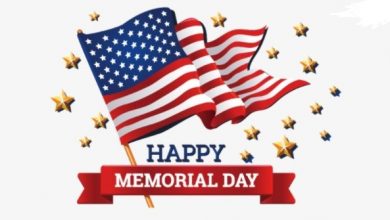 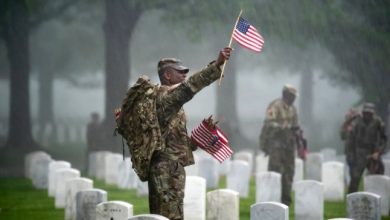