Why do we celebrate Independence Day on July 4?

The Fourth of July celebrates the passage of the Declaration of Independence by the Continental Congress on July 4, 1776. The Declaration announced the political separation of the 13 North American colonies from Great Britain

1. “Independence Day: freedom has its life in the hearts, the actions, the spirit of men and so it must be daily earned and refreshed – else like a flower cut from its life-giving roots, it will wither and die.” – Dwight D. Eisenhower

2. “Then join hand in hand, brave Americans all! By uniting we stand, by dividing we fall.” – John Dickinson

4. “Where liberty dwells, there is my country.” – Benjamin Franklin

6. “Liberty is the breath of life to nations.” – George Bernard Shaw

8. “We on this continent should never forget that men first crossed the Atlantic not to find soil for their ploughs but to secure liberty for their souls.” – Robert J.

9. “The United States is the only country with a known birthday.” – James G. Blaine

12. “We hold our heads high, despite the price we have paid, because freedom is priceless.” – Lech Walesa

13. “My father described this tall lady who stands in the middle of the New York harbor, holding high a torch to welcome people seeking freedom in America. I instantly fell in love.” – Yakov Smirnoff

14. “This nation will remain the land of the free only so long as it is the home of the brave.” – Elmer Davis

15. “We must be free not because we claim freedom, but because we practice it.”- William Faulkner

16. “And I’m proud to be an American, where at least I know I’m free. And I won’t forget the men who died, who gave that right to me.” – Lee Greenwood

17. “One flag, one land, one heart, one hand, One Nation evermore!” – Oliver Wendell Holmes

18. “A man’s feet must be planted in his country, but his eyes should survey the world.” – George Santayana

19. “The advancement and diffusion of knowledge is the only guardian of true liberty.” – James Madison

20. “America, for me, has been the pursuit and catching of happiness.” – Aurora Raigne

1. Let us come together to salute all those people who sacrificed their lives as a token of thanks. Let us pray to the Almighty to shower his blessings on our nation. Happy Independence Day!

2. Independence comes with great responsibility. Wishing you and your family a very Happy Independence Day. Let us work to make America a happier and more prosperous country.

3. May our country celebrate more years of independence. May it flourish and prosper with every passing year. Sending warm wishes to you on Happy Independence Day USA.

4. Wishing you a blessed 4th of July. Hope it brings so much joy to you and your family.

5. Take time to remember those who worked hard to ensure a better future for us. Happy Independence Day!

7. Let us take time out on this special day to understand the meaning of independence and cherish it with responsibility as it did not come easy to us. Wishing you a Happy Independence Day.

8. It is a very special day for every American and we must celebrate it with the highest spirits and greatest zeal…. Wishing you a very Happy Independence Day!

9. Warm wishes on July 4th to you. This is the happiest day for every American as this day is when the nation got freedom.

10. On the occasion of Independence Day of America, I wish that the nation continues to prosper with hard work and commitment.

11. Let us celebrate the US Independence Day by coming together and by thanking all our national heroes for bringing us this freedom.

12. Wishing you a wonderful time on this special day in American history. Happy Fourth of July.

13. In this land that is so blessed, may you rejoice and step out with confidence. Someone paid the price so you can be happy. Enjoy your Independence Day.

14. All I have is a token of thanks for the heroes who sacrificed their lives for freedom.  Happy Fourth of July.

15. Never let this freedom perish…. Always value it and keep it safe….. Warm wishes on the 4th of July. 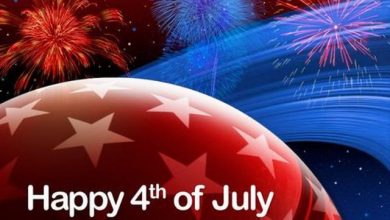 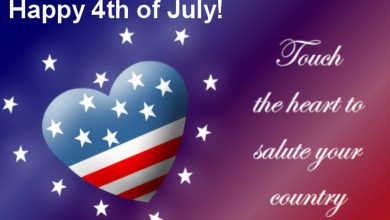 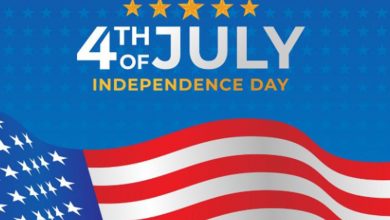 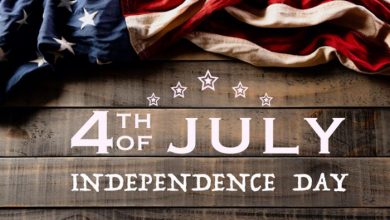